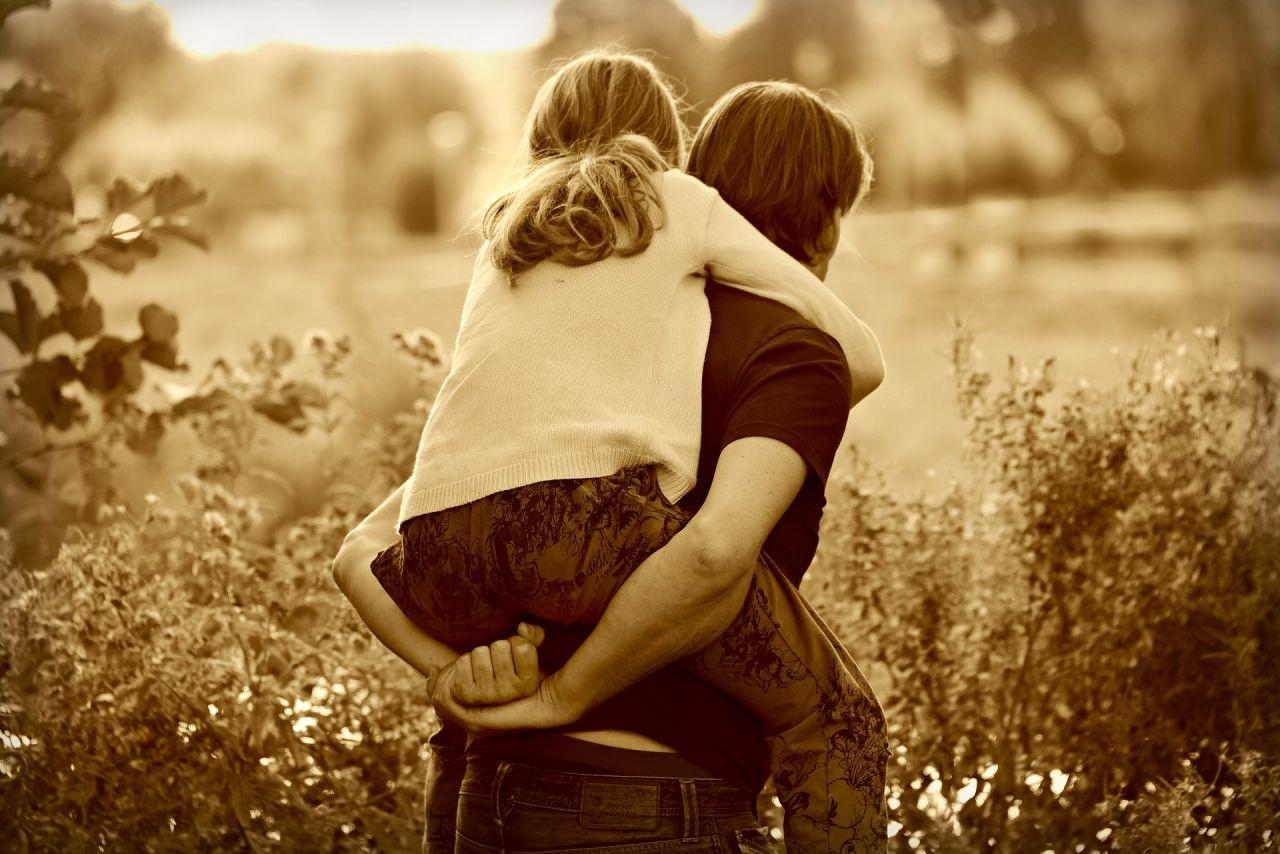 When I was a kid our house was the house everyone hung out at. It wasn’t because it was particularly nice, it was just a small townhouse, or that I was a popular kid - I was a total geek. It was because my father new how to make everyone feel welcome and could make everyone laugh. He was warm and gregarious, with a quick smile and a contagious laugh. He loved to tell jokes and stories and was regarded as our neighborhood’s best storyteller. That man could really spin a yarn! His most entertaining tales, by far, were of his time spent in the Air Force. His flight-line adventures were so comical and convincing that I went right up and enlisted one day. Of course it wasn’t until after I joined that I learned how good of a storyteller he really was; my experience wasn’t nearly as fun as he had made it out to be.

But still, Dad was always someone I could call when times were tough and he’d cheer me right up. When I was on Leave I could always rely on my dad planning fun things to do in the city, he loved to explore and had more hobbies than a room full of teenagers. He was a single parent and remained that way until I was long gone. But he finally met and fell in love with the woman of his dreams.

The Beginning of Changes

A few years ago, after more than 30 years of marriage, my father lost my stepmother. It was sudden and unexpected and he was completely unprepared for it. He was a little older than her and always expected that she would outlive him. He had never contemplated a life without her and dealing with her death has been beyond difficult for him. The first year was completely awful, adjusting to a quiet house, learning to take on tasks that he’d not done in years, and grasping to find happiness became a real issue.

Over the last two years Dad has learned how to live without her, but it has left him a changed man. Initially I thought it was just the normal grieving process, but lately my brother and I are starting to notice some very serious issues. Where there was once joy, there is anger. And while we understand that there is a just cause for depression, his mood swings have been very hurtful towards those he loves. He has effectively isolated himself from friends, doesn’t engage with the hobbies that he loved, and refuses to leave the house. When we try to speak to him about our concerns and plead with him to speak to his doctor about his depression he lashes out.

Over the last several months his personality has been changing, by degrees at first but rather quickly now. At almost eighty we expected to see some memory loss, but we now know we are starting to see the first signs of dementia. We are learning that his anger is more a sign of frustration than depression. He repeats himself often; just a few minutes after he says something he will repeat it again with no recollection that he’d just said it. His eating habits are changing as well; he misses meals because he can’t recall whether he has eaten but won’t admit it. The most recent battle with Dad has been over the need for him to take his medicines.

When It’s Time for Help

This last sign, unfortunately, is the one that will force us into action. As loving children we can’t help but feel like it is irresponsible to allow our father to continue to make poor choices that will lead to his premature death. Since both my brother and I live very far away from Dad, and because we have promised him in the past that we would not move him out of his home until absolutely necessary, we have decided to seek In-Home care. It has been a real learning experience, and I am thankful that there are In-home specialists that have experienced these issues with other families. I have found that they can really help to shed the light on some of the signs and symptoms of Dementia, some of the things that I have learned have really opened my eyes and I would like to share what I have learned.

Is It Dementia or Depression?

However, depression is also a symptom of Dementia. Bright Focus, a foundation that funds Alzheimer’s disease, talks about how one of the first signs of Alzheimer’s can be depression and how important it is to begin to reach out for a diagnosis as soon as the symptoms become apparent in an older person.

In retrospect I wish I would have known sooner how much of an impact grief and stress had on my father’s predisposition to Dementia and Alzheimer’s. According to Medical News Today, studies conducted by Dr. Edgardo Reich, a leading Neurologist, of 107 Alzheimer’s patients that he studied 73% had to cope with severe emotional stress. Of the types of stresses studied, the highest number of those affected had suffered the loss of a spouse or partner. In other words, most of the patients that had Alzheimer’s had lost a spouse. Does that mean that losing a spouse will give you Dementia? Not necessarily, but it is a factor.

Dealing with Depression to Prevent Dementia

In order to reduce the chances that a loved one will develop Dementia it is best to deal with the underlying issues before the damage is done. Once Dementia has taken hold, little to nothing can be done to reverse it. Here are a few ideas that will help:

In many cases this may be easier said than done. But, if you can, try to setup an appointment with a trusted family doctor to make sure that you are dealing with depression.

Sometimes just knowing that somebody cares about them can help. Try to find the time to set up a schedule so that you and other family members and friends are regularly visiting the senior, especially if they are alone. If no one can visit then look into a weekly In-Home Care Provider that can bring meals, visit, and maybe perform a few simple acts of kindness.

One of the side effects of depression is the lack of interest in doing regular tasks. Many people who suffer from depression don’t often get much light because they no longer go out and fetch the newspaper or the mail, they don’t take regular walks, and often won’t open the blinds or curtains. It is important that someone is gently nudging them toward getting outside, making sure they are engaging with daily tasks, and getting plenty of sunshine. It can have a profoundly positive effect.

The power of positive thinking can be found in a healthy diet. There is growing research that supports the connection between a diet and mental health. Research has shown that those who follow a lean diet, rich in Selenium (whole grains, some seafood, liver), Vitamin D (fish oils, dairy, liver, eggs), Omega-3 fatty acids (salmon, falx seed, walnuts), and Antioxidants (blueberries, dark chocolate, pecans) along with a host of other lean meats and vegetables, stand a better chance of staving off depression.

There are plenty of opinions about whether Dementia is preventable. While some say it is absolutely a preventable disease, many others say that there is a lot of familial predispositions that can affect a person’s likelihood of becoming afflicted. In the long run, Dementia is like anything else; you arm yourself with knowledge, do your part to prevent it, and then deal with the outcome the very best that you can.

By accepting you will be accessing a service provided by a third-party external to https://senioridy.com/